8 Folk Bands and Artists You Should Listen To 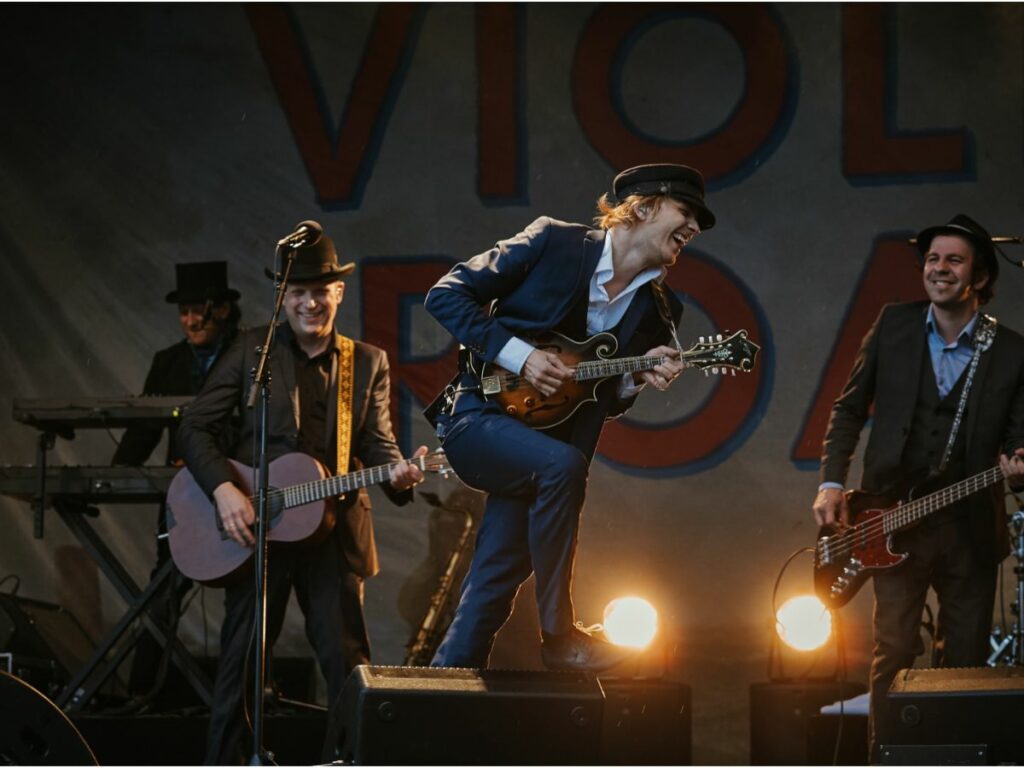 Folk music saw a tremendous upsurge around the 2010s. This was because of the rise of groups such as Bon Iver and Fleet Foxes. These groups have managed to make it big on the global folk music scene ever since. About 10 years earlier, folk music was almost dismissed as too niche. For many years, folk music was far from being popular.

Then, as the world entered the 21st century, its sub-genre began to emerge gradually. With the name ‘indie folk’, it was gradually attracting a sizable audience among the listeners of music. It was characterized by the use of melancholic lyrics and acoustic guitar.

Soon, there was a rise in indie folk bands across the United States. Indie folk music began showing up on college radio, before eventually becoming big in the following years. Here are some of the artists and bands in the folk music genre that are worth listening to:

Founded by singer and songwriter Justin Vernon in 2006, Bon Iver is an American indie folk band. Their debut album with the title For Emma, Forever Ago was released independently in 2007. Much of the album was recorded while Vernon was in western Wisconsin for three months, isolated in a cabin. In the year 2012, the Grammy Award for Best Alternative Music Album went to this band.

This was for the album with the band’s title. Their third album titled 22, A Million received much critical acclaim in 2016. Their latest album with the title I, I came out in 2019. It got a nomination for Album of the Year at the Grammy Awards in the following year. The name of this band comes from the French phrase ‘bon hiver’, which means ‘good winter’.

All of these albums got widespread acclaim. Although the band had modest success commercially, the music critics have highly praised their works. What they like the most about Fleet Foxes are their somber productions and lyricism. Their use of vocal harmonies and enhanced instrumentation are noted often. They have also received nominations for two Grammy Awards.

An American folk rock band based in Denver, Colorado, The Lumineers grew popular in the 2010s. The founding members of this band are Wesley Schultz and Jeremiah Fraites. Schultz is the lead vocalist and guitarist, while Fraites is the drummer, percussionist, and pianist.

Both of them began writing and performing together in the year 2005 in Ramsey, New Jersey. In 2010, Neyla Pekarek joined The Lumineers and was a member of the band until 2018. During the revival of folk, they emerged as one of the most popular bands in the genre.

This American indie rock band has Mark Barry, Miguel Briseno, Tom Renaud, and Ben Schneider as its members. Ben Schneider is the founder of Lord Huron and is the band’s guitarist and lead singer. Barry is the drummer and percussionist, Briseno plays bass, keyboard, and theremin, and Renaud is a guitarist. Initially, the band released their self-produced EPs.

Later, the debut album of this band, Lonesome Dreams, came out in 2012. Their fourth and the most recent album is Long Lost, which was released in 2021. Lord Huron’s tracks are an excellent mix of folk, rock, rock ‘n’ roll, pop, and surf rock genres. Their songs also have New Age influences. They specialize in producing a novel sound with a cinematic flair. The songs are heavy on mood and induce evocative imagery.

The Avet Brothers combine several genres to produce a sound with heavy sadness. These genres include folk, bluegrass, country, pop melodies, punk, indie rock, ragtime, honky tonk, and rock ‘n’ roll. The sound that they produce also has a light pop concision, raw energy, and a tuneful jangle. This band is based in Concord, North Carolina.

It has the brothers Scott Avett and Seth Avett as its members along with Bob Crawford and Joe Kwon. Tania Elizabeth, Mike Marsh, and Bonnie Avett-Rini are the touring members. The collaborative partnership of Scott and Seth began in the late 1990s. This happened when they became a part of their college group, Nemo.

Gregory Alan Isakov immigrated with his family to the United States in the year 1986. This singer and songwriter was born in South Africa and raised in the city of Philadelphia in Pennsylvania. He is currently based in the city of Boulder, Colorado.

He combines indie and folk in his music. It features the instruments banjo and guitar. Isakov is known widely for his songs Big Black Car, Words, The Stable Song, and San Luis. His most recent album is Evening Machines, which came out in 2018.

This husband-wife duo combines folk music with old-time. Their music also has traces of Celtic and western influences. All of these produce a captivating sound that’s refreshing and unique. They made it big on the national folk scene in 2012 with their back to back hits. The track from their recent album The Fiddle Preacher made its debut on the Folk DJ charts at No.10.

Peter sings from his heart and brings an amazing musical talent to whatever instrument he is playing. His wife, Mary, has a captivating voice. She brings out some excellent tones from her fiddle, which only a first-class symphony violinist can match.

A Swedish folk duo with sisters Johanna and Klara Soderberg, First Aid Kit were Brit Award nominees in 2015. Johanna was born in 1990 and Klara was born in 1993. A drummer, a guitarist, and a keyboard player accompany them when they’re performing live.

They first gained popularity in 2008 for their cover of Tiger Mountain Peasant Song by Fleet Foxes. In 2012, their song Emmylou was chosen as number 10 Single of the Year by Rolling Stone magazine. They released four albums in the years that followed, besides four EPs and many singles.